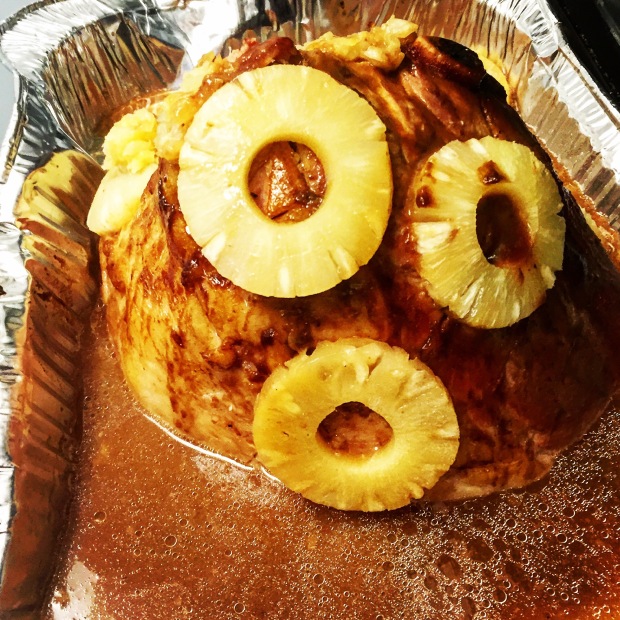 I’ve actually never made a ham before, mainly because it’s served at holiday meals. But this year I was asked to prepare the ham.

I used a shank ham. Most hams are pre cooked, so you just have to make sure you season it properly and keep it from drying out!

For my Maple Apple Dijon glaze

Mix all this together (minus the rings) and use a brush to baste your ham. In a baking dish place 1/4 inch of water and add your ham. Score the fat so when you baste the ham all the marinade gets to the meat of the ham. Reserve about 1/3 of the glaze to continue basting the ham throughout the cooking process. I added the pineapple to the sides of the ham and baked it so they Caramelized all the sugars in them. Cook the ham according to the size and make sure the ham is covered in foil so it doesn’t dry out! Enjoy!